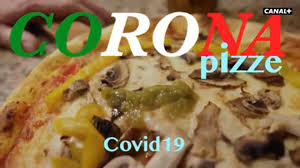 “French are capable of great communication ideas. So at the sight of the gag-spot of the ‘pizza Corona’, broadcast yesterday on a French television channel - in which an old and dirty Italian pizza chef coughs and spits something very close to a green escargot on the pizza - “I find more embarrassment than anything else for all our good creative colleagues, authors and transalpine advertisers who instead conduct their work every day with professionalism and seriousness” this is the lapidary comment by Vicky Gitto president of ADCI Art Directors Club Italiano, the main association of Italian creatives and advertisers. To which the IAA International Advertising Association also aligns, the association of international advertisers present in 56 countries including Italy.

The gag aired during the Groland broadcast on Canal +, one of the main French and world media, “and unfortunately like the most bitter things – comments Stella Romagnoli general manager of the IAA International Advertising Association – is spreading on the web instead indicates the side of whom an absolute creative and realization deficiency conceived it, even only as a curtain. In fact, it doesn’t make you laugh. Or maybe it would have made some French populist laugh. But generally it leaves you stunned ”.
“Embarrassment, on the other hand, would be appropriate on the part of the publisher Canal+ /Vivendi, (moreover, the protagonist of a long litigation with Mediaset), which at the moment has not yet been expressed but from which one would expect, at least a post of apologies If not a some ‘professional quarantine’ for the program manager and the author of the gag “concludes Stella Romagnoli of IAA