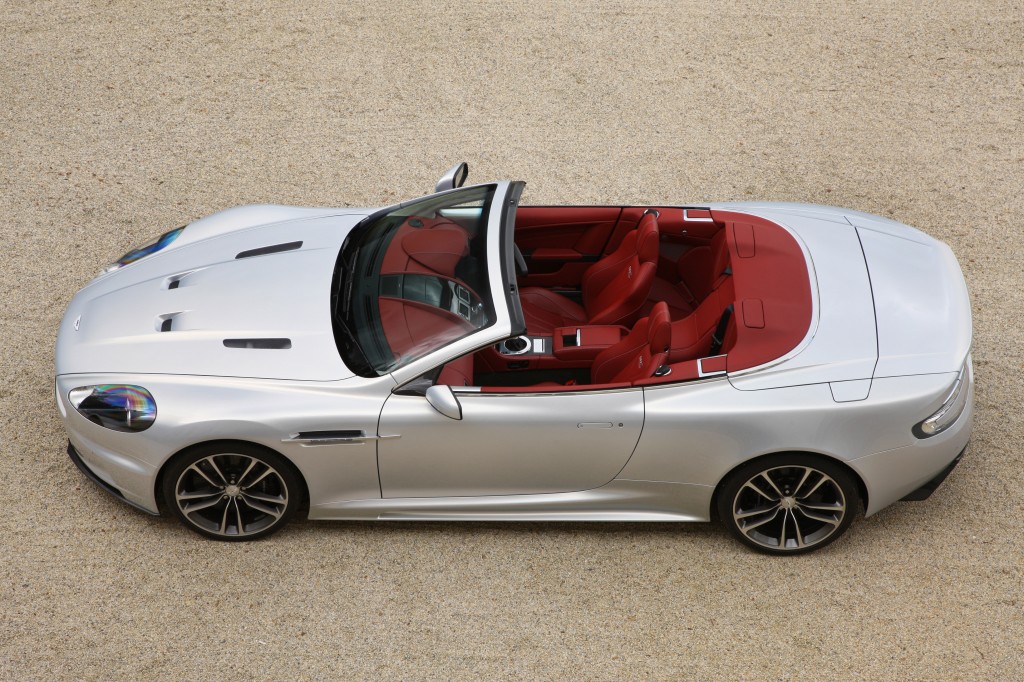 Gaydon,  25th February 2009 - Aston Martin will premiere the DBS Volante at the Geneva Auto Salon on the 3rd March 2009. Completing the DBS line-up, the new Volante will afford customers the combination of the DBS’s already-established benchmark sports car characteristics with all the thrills of open-air motoring.

Broadening the DBS’s character, the DBS Volante will appeal to drivers who wish to combine the excitement of driving a finely-tuned sports car with the invigorating feeling of being open to the elements. This juxtaposition of ultimate performance and openness stirs the senses on any drive whether a exhilarating jaunt on favoured roads or cruising on lengthy journeys.

‘Volante’, meaning: ‘moving with light rapidity’, perfectly defines the performance potential and the dynamic characteristics of the DBS Volante.

Featuring a motorised retractable fabric roof, the DBS’s beautiful profile is preserved whether up or down. When the roof is closed, it provides a warm comfortable ambience and when open, it neatly disappears behind the new tonneau cover at the touch of a button.

“The DBS Volante offers a subtle mix of power and performance. Adding to this, the fine craftsmanship – it is an unparalleled ownership and driving experience.”

Conceived as a Volante from the outset, Aston Martin engineers opted for a fabric hood to closely follow the silhouette of the DBS coupe and due to its lightweight properties, minimise overall weight gain. Fully retractable in only 14 seconds and at up to speeds of 30 mph (48 km/h), the roof will automatically stow under the newly sculpted tonneau, maintaining the DBS Volante’s perfect form – hood up or down. 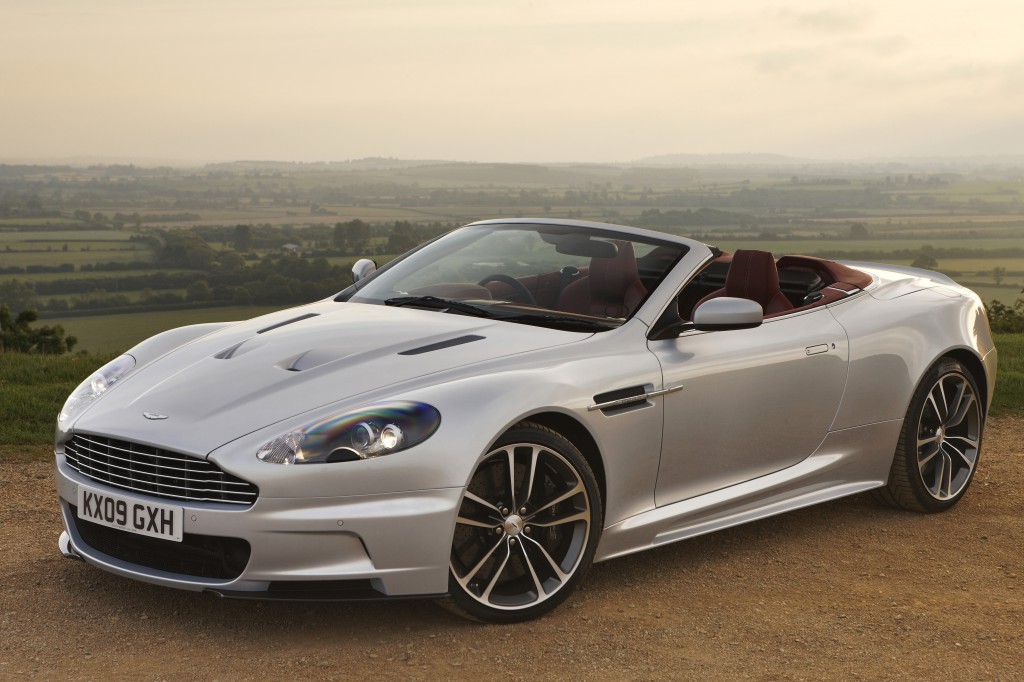 Aston Martin’s 16th convertible in 95 years, the DBS Volante draws on the marque’s extensive experience in designing iconic ‘Volantes’ and is a 2+2 featuring two occasional rear seats, ideal for young people or extra luggage. In standard specification, the DBS has a rear-mounted six-speed manual gearbox, while an automatic six-speed ‘Touchtronic’ option is also available. As with the coupe, the Volante is offered with carbon ceramic brakes as standard providing exceptional stopping power. Benefitting from materials derived from the motorsport and aerospace industries, the bonnet, front wings and boot lid are made from carbon fibre all helping to reduce weight.

The DBS Volante also comes with Bang & Olufsen’s renowned ‘BeoSound DBS’ in-car entertainment system, featuring 13 speakers as standard equipment. The BeoSound DBS has been expertly tuned by Bang & Olufsen’s Tonmeisters and Aston Martin’s acoustic engineers specifically for the Volante resulting in a system that senses when the roof has been retracted and adjusts the sound stage to compensate for extra wind noise, providing an unrivalled automotive audio experience.

The DBS Volante will be built at Aston Martin’s global headquarters at Gaydon, Warwickshire with customer deliveries expected to commence during quarter three 2009 and prices will be confirmed at the Geneva Auto Salon.