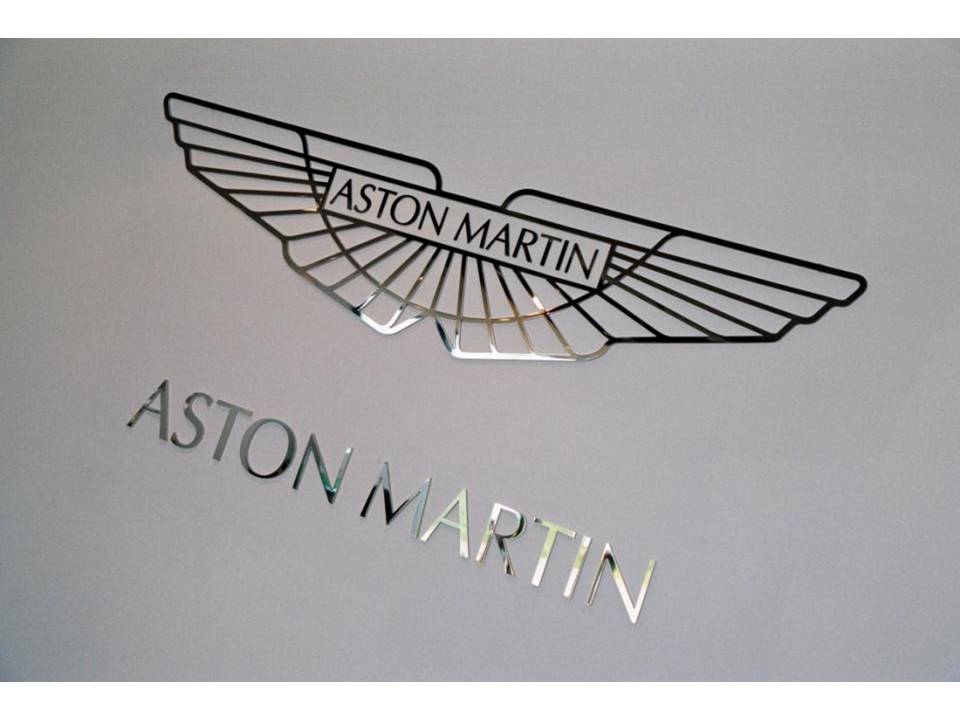 Since it was established in 2001, the CoolBrands initiative has sought expert opinions from an eclectic panel of creative industry specialists and consumers, defining which brands combine desirable products with a dynamic, innovative public image.

Once again, Aston Martin has topped a poll which includes leading contemporary design-driven brands, including Apple and Bang & Olufsen, as well as other leading automotive brands. The top 20 list presents an eclectic mix of new technology and design and engineering classics, a perfect illustration of how Aston Martin’s global image fuses tradition and modernity. Aston Martin was also voted the top automotive brand surpassing other luxury and specialist manufacturers.

The judging process involves an assessment of some 10,000 brands, which are then further whittled down to 500 ‘CoolBrands’, from where the ultimate top 20 is compiled. According to Stephen Cheliotis, Chief Executive of The Centre for Board Analysis and Chairman of the CoolBrands Council, “Aston Martin’s sleek, polished and sexy cars ensure the brand continues to dominate the list of the nation’s coolest brands, as judged by experts and consumers alike. Traditional favourites continue to challenge new, cutting edge brands.”

Aston Martin CEO, Dr Ulrich Bez added, “Once you can define precisely why a brand is cool, then it no longer has the magic that earns it that label. There has to be an element of mystique, something that eludes definition. In order for a brand to have that quality, it needs people behind it with a passionate, creative vision who care for and nurture it.”

The past decade has seen Aston Martin transformed from a small-scale manufacturer of specialist sports cars to a major international force in both road and racing cars. 2000 was the beginning of the company’s renaissance – a new era – and the start of unprecedented investment in development and production technology.

The years that followed saw the introduction of three seminal Aston Martin models, the DB9, V8 Vantage and DBS, all constructed at the company’s ultra-modern factory at Gaydon in Warwickshire, where technology, design excellence and timeless craft skills are seamlessly combined. A dedicated Design Studio was added to the production complex in 2007, housing a skilled creative team led by Aston Martin’s Director of Design, Marek Reichman.

In 2009 Aston Martin launched the high-performance V12 Vantage, combining the knowledge and expertise attained on the track with everyday usability and refinement. This was followed in 2010, with the release of the Rapide to worldwide acclaim. As the world’s most elegant four-door sports car, the Rapide is functional yet luxurious and provides space for up to four adults combined with an engaging driving experience synonymous with all Aston Martins.

2011 will see the first deliveries of the Aston Martin One-77, the ultimate expression of what Aston Martin stands for and combines modern technology and design with craftsmanship and ultimate exclusivity to create the world’s most desirable automotive art form. The One-77 will be built to exacting standards in a new dedicated manufacturing space at Gaydon. Just 77 examples of this hand-built carbon fibre and aluminium sports car will be made, powered by a radically reworked 7.3 litre V12 to create the fastest and most evocative Aston Martin ever made.

Aston Martin has also shown its commitment to innovation and integrity with the global debut of the Cygnet city car concept in 2010. The Cygnet would offer customers a distinctive, intelligent and exclusive solution for urban travel in style and luxury. The revolutionary new concept represents a creative, environmentally conscious solution, being small, yet with presence – and highly fuel efficient, now combined with the prestige of Aston Martin’s luxury brand ownership.

Technology and racing remain integral to the ongoing development of Aston Martin’s road cars. Following a high profile return to international motorsport in 2005,      Aston Martin rapidly established itself as a highly competitive team on the global endurance racing stage, with consecutive GT1 class wins at the Le Mans 24 Hours in 2007 and 2008.  The team exceeded all expectations having been quickest of the petrol runners from start to finish at Le Mans in June 2009 and won the Le Mans Series outright with a new LMP1 race car. June 2011 will see a new LMP1 car designed to take top honours at Le Mans, running the iconic orange and blue Gulf Oil livery and featuring a new Aston Martin engine and chassis.

In 2006 a small team of Aston Martin technicians took a near-standard V8 Vantage with race safety modifications to the Nürburgring 24 hour race and finished 24th from a grid of 220 starters. This significant achievement was not a one-off as Aston Martin has finished every 24 hour race they’ve entered since that inaugural race. GT4 customer teams and the factory alike have achieved multiple class wins over the past five years cementing the success of the marque’s endurance racing efforts. The Nürburgring is also the unforgiving road circuit where all Aston Martins models are subjected to 8000 km of endurance testing in their engineering development phase.

Aston Martin remains at the forefront of contemporary manufacturing, a cultural force that embodies design and engineering excellence, and a brand with a truly special heritage. Renowned around the world, Aston Martin enters the next decade with the promise of radical innovation and change, without losing the core qualities that make this strong, independent British brand so widely revered.