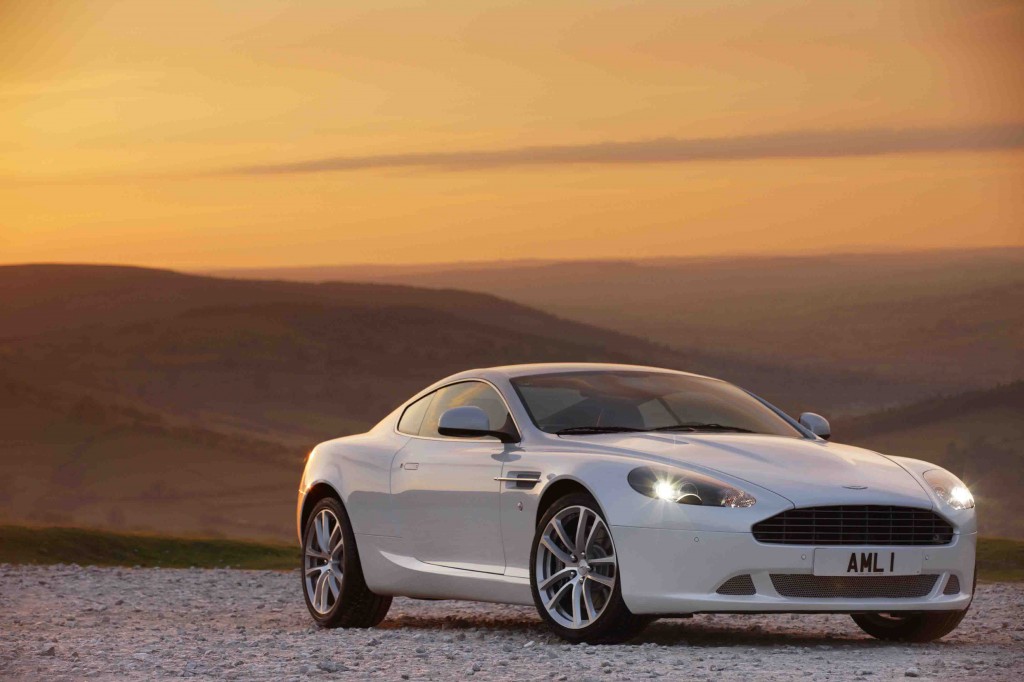 Gaydon, Warwickshire, 28 June 2010 – In the most significant programme of upgrades since its world debut in 2003, Aston Martin’s DB9 range has received a complete package of styling, engineering and equipment enhancements.

As the most successful Aston Martin of all-time (an honour it shares with the V8 Vantage) the DB9 has established itself as the definitive grand tourer, thanks to an enduring combination of understated elegance, sporting character and genuine luxury.

Under the skin the DB9’s passive damping system has been replaced by a new Adaptive Damping System (ADS), which offers enhanced ride comfort together with sharper handling when switched to Sport mode. The ADS system is offered as standard equipment across the DB9 range, encompassing both Coupe and Volante (convertible). A new tyre pressure monitoring system, a revised Bluetooth microphone system and the addition of a new Double Apex alloy finish trim and Bang & Olufsen hi-fi options broaden the DB9’s specification.

Aston Martin’s Product Development Director, Ian Minards, explains that it is all part of an ongoing commitment to continual improvement: “The DB9 was the first car built at Gaydon adopting the VH architecture. It has evolved every year since, with significant changes including a power upgrade and successive reductions in CO2 emissions. The latest package of improvements goes further than ever, highlighting the DB9’s qualities as a true sporting GT and underlining its role as the backbone car of our range.”

The Aston Martin DB9 is available as either Coupe or Volante (convertible) with rear mid-mounted six-speed manual gearbox as standard or optional ‘Touchtronic 2’ six-speed automatic transmission. Production of the revised DB9 is already underway, with deliveries commencing in July.

Background
The introduction of the DB9 marked the beginning of Aston Martin’s 21st Century renaissance. The first new model to be built at Aston Martin’s headquarters in Gaydon, Warwickshire, and the first to be built around Aston Martin’s rigid, lightweight, bonded aluminium VH architecture; the DB9 was an immediate and unparalleled success, setting a new tone for Aston Martins of the future.

Since its launch in 2003 some 12,500 DB9s have been produced and delivered to customers in 34 countries. This establishes it as the most successful Aston Martin model of all-time (jointly with the V8 Vantage), surpassing total sales of the DB7. Current DB9 production volume is around 1,500 cars per year.

Since the DB9’s introduction Aston Martin has demonstrated the versatility of the VH architecture by developing the Vantage, DBS and Rapide model ranges. In the process Aston Martin’s engineers have gained an increasingly detailed understanding of the VH platform, which in turn has led to the constant improvement and evolution of existing established models.

In this latest package of improvements for DB9, hardware changes focus on the chassis, featuring a standard Adaptive Damping System (ADS) which offers a system constantly evaluating the optimum damper condition, similar to that seen on the DBS and Rapide models. Controlled by a button on the centre console, the two-stage adaptive dampers can be switched between their default mode, which is optimised for ride comfort, and a firmer sport mode, which delivers tighter body control and a more responsive feel. Such is the success of the DB9’s new damping system that the DB9 Sport Pack upgrade has now been discontinued. However a Sport design alloy wheel is available as an option.

Performance comes courtesy of Aston Martin’s celebrated 6.0-litre V12 engine, which develops an unchanged 470bhp and 442lb ft of torque. Mated to a choice of six-speed ‘Touchtronic’ paddle-shift automatic or six-speed H-pattern manual transmissions, the DB9 offers an intoxicating blend of effortless pace and sporting character. A top speed of 190mph and the ability to hit 60mph in just 4.6sec seal its credentials as the definitive 2+2 Grand Tourer.

Improving upon what many consider to be one of the most beautiful cars in the world is a delicate exercise. According to Aston Martin’s Director of Design, Marek Reichman, subtlety and fine attention to detail is the key: “The beauty of an Aston Martin comes from harmonious proportions, a ground-hugging stance, taut surfacing and a complete and thorough attention to detail. The DB9 epitomises these qualities; it is beautiful but subtle – not attention seeking.”

At the front a new bumper is the main change, with a re-shaped lower intake featuring hexagonal mesh to compliment the new bright finish radiator grille. New headlamp bezels complete the fresh nose treatment. In profile the DB9’s sill has also been changed, with a more prominent ‘hockey stick’ curve ahead of the rear wheels.       Marek Reichman explains: “The DB9 remains one of the world’s most beautiful sports cars and is instantly recognisable as an Aston Martin; the changes we have introduced here modernise the DB9 to keep it at the forefront of automotive design.”

Other changes include silver brake calipers, 20-spoke diamond turned alloy wheels as standard, together with new design option wheels and a bright finish grille. Clear rear light lenses are also standard. Inside Double Apex alloy finish is now added to the list of options, along with the exceptional BeoSound audio system from Bang & Olufsen.

Mirroring the DB9’s road-going success, Aston Martin Racing’s DBR9 and DBRS9 endurance racers have proved hugely successful on racetracks around the world. With a total of some 20 DBR9 and 30 DBRS9s built and delivered to customer teams around the world, Aston Martins have consistently scored victories in a host of national and international championships.

Since winning on its race debut, at Sebring in 2005, the DBR9 has been established as a constant and hugely competitive car in the GT1 category, scoring back-to-back class victories at the greatest 24-hour race of them all – Le Mans – in 2007 and 2008.